April Completed, on to August...

I have April completely done minus a few touch-ups that I will most likely make. The scanner I used washed out the color in his skin, so I am hoping that mine works out better (or I will just end up taking them to Kinko's). And so, a preview of April: 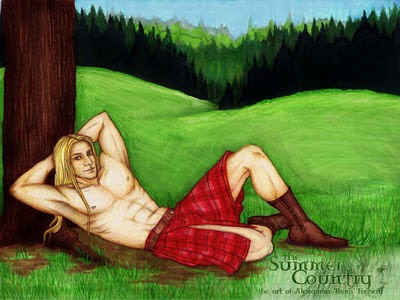 Last night I began to color August, who will be drawing his bow in a dark forest. Looking up what references I could of such lighting, I gave him shadows with Prismacolor's "Grayed Lavender", this is the unfinished marker layer, which will then have more shading and highlighting in colored pencil. I haven't edited the photo, his tones are much richer in real life: 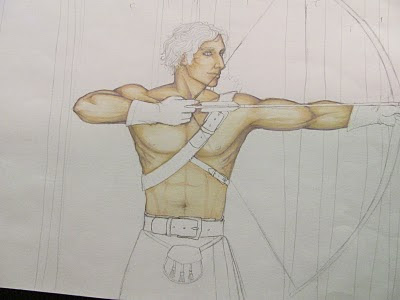 I aim to complete August by this weekend, I have a few other things due this weekend as well, which might put him off a bit. He should prove to be a quicker color than July or April, however.
Posted by GuiseMaker at 6:11 AM 1 comment:

I have just finished July in the calendar series. I have April completely sketched and ready to color, and August is about halfway through the sketching process. I aim to have all twelve completed by November 30th!! 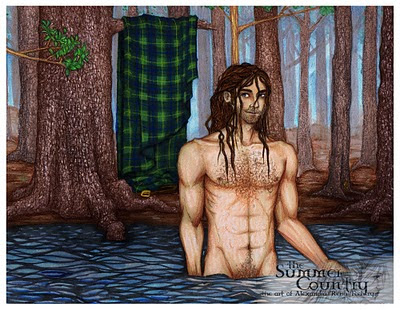