Life has been hectic, so I am not so far along with these guys as I would like. Currently, I am working on June. Though the "Spirited Away" piece for the Enchanted Visions Project needs to be completed by November 4th. I'll probably paint that one soon. If they looked cropped, it's because I'm using a scanner for 8.5x11 paper and they are 9x12s. So, on to the boys...

September: One of my best friends was just in town, and he gave me the suggestion for September's pose and layout. And he modeled! What a peach! 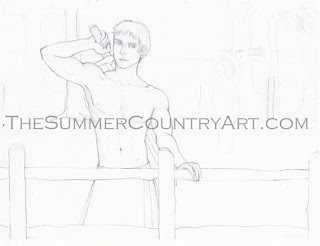 November: I've had this guy drawn out for a while, but I keep going back to him and adding more and more. I think he looks like Apollo Ohno! :P 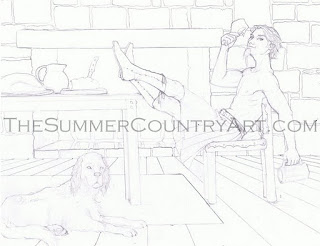 June: I started him last year. A friend of mine, whose birthday is in June, wanted me to emulate her favorite Polish model for this month. 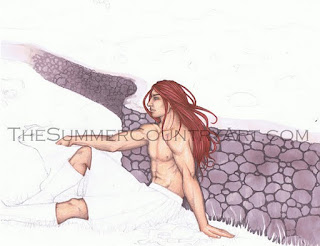 Posted by GuiseMaker at 4:44 PM No comments:

I have five remaining months, all drawn out and ready for color. My goal is to have the calendar in my Zazzle Store by November 16th this year. Yes...one month to go, I need to hurry!
Posted by GuiseMaker at 8:29 AM 1 comment: 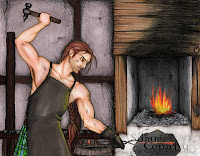 The seventh completed for the Men in Kilts Calendar series. He and January are my favorites so far, though I am of course attached to them all. Various reference photos used for the background design. I used a mix of Prismacolor marker and colored pencil, as is the chosen medium for this series.

Prints available for sale in my Zazzle store!!
Posted by GuiseMaker at 11:04 PM No comments: 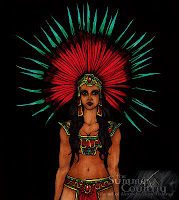 Hello everyone! The Enchanted Visions Project had its first theme after a few month's break: Dias de los Muertos. Mine isn't up yet, I finished it a day after the deadline. I had quite a busy month!
Posted by GuiseMaker at 8:55 PM No comments: