A Painting of Fenrir 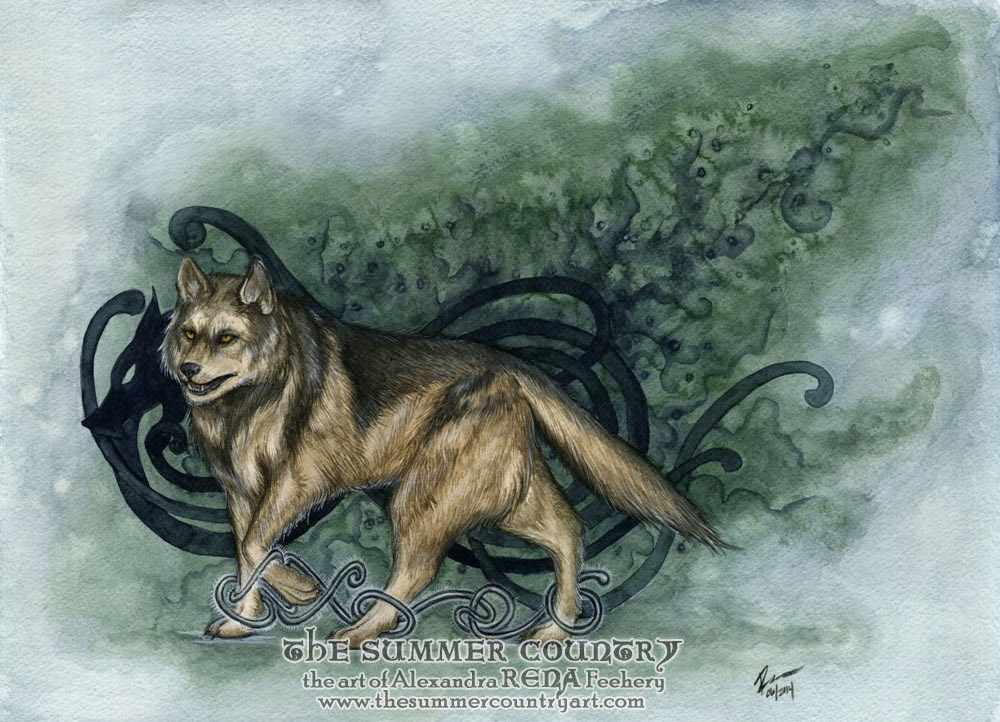 I was commissioned to create a watercolor painting of the Norse god Fenrir, with a similar background to my Morrigan painting . This customer had purchased "The Morrigan" from me in 2012, and they now requested Fenrir. This was a very fun challenge, as it took me out of my comfort zone of the human form. I went through several reference images of wolves to get the features and fur down.

Most artwork I have seen of Fenrir shows some of his most ferocious moments. However, for this piece I wanted to have him looking a bit more calm, waiting. In this painting, Fenrir appears to be waiting--almost patiently--for Ragnarok. He is bound by the third and final fetter, described here on  NorseMythology.org: "the gods had the dwarves forge the strongest chain ever built, which nevertheless gave the appearance of being very light and even soft to the touch."  For this, I used a delicate, winding knot work to tie-in (see what I did there?) the wolf knot motif behind Fenrir in the painting. The knot work motif behind Fenrir features a wolf, with the tendrils in an infinity-like formation. One tendril reaches up, caught in the jaw of the wolf, signifying Tyr's hand that was placed in Fenrir's mouth as Fenrir was bound with this third and final fetter.

Below are photos of my progression: 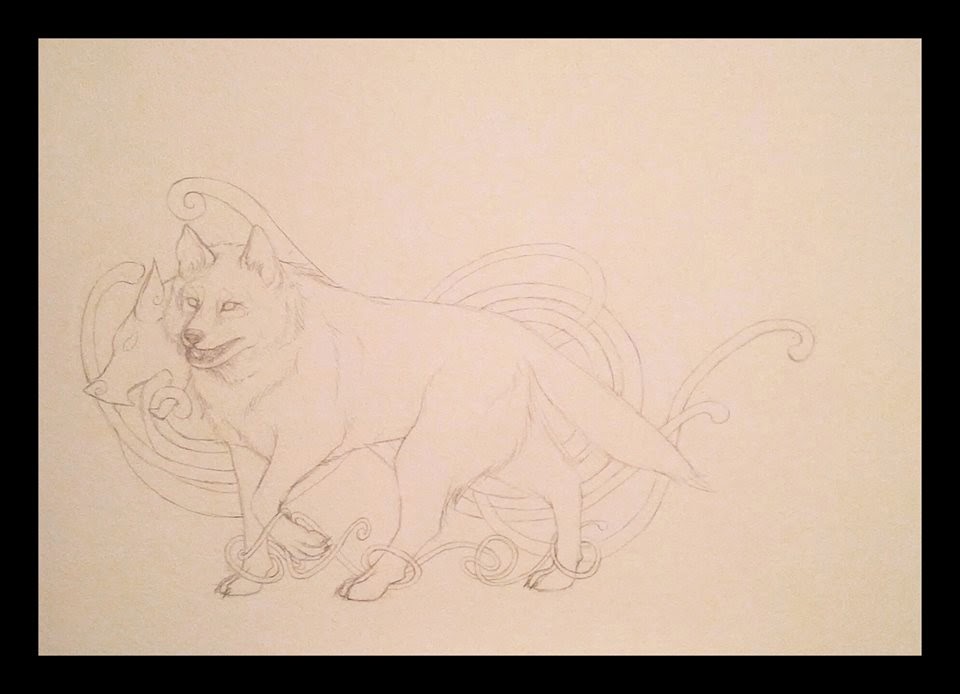 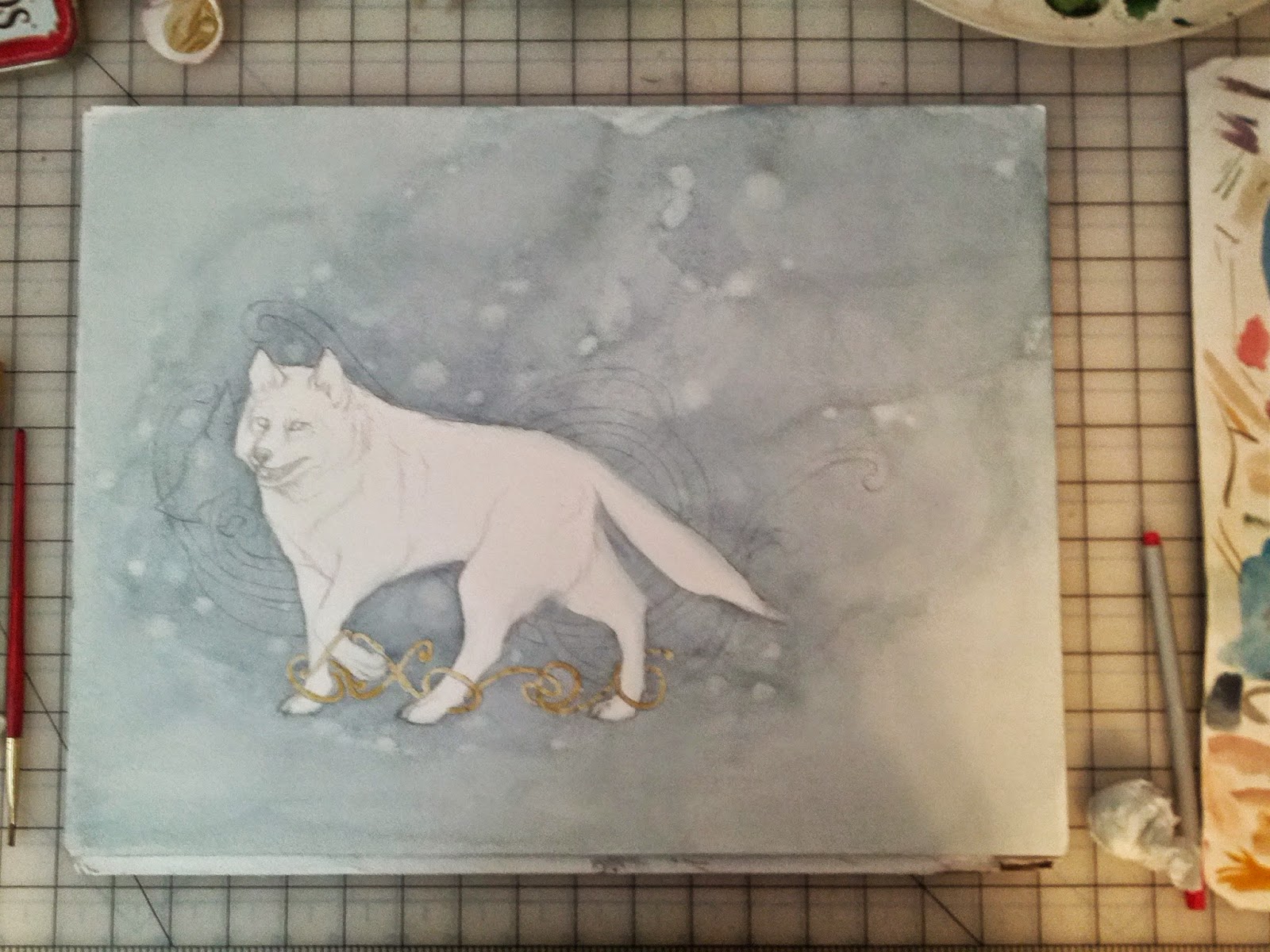 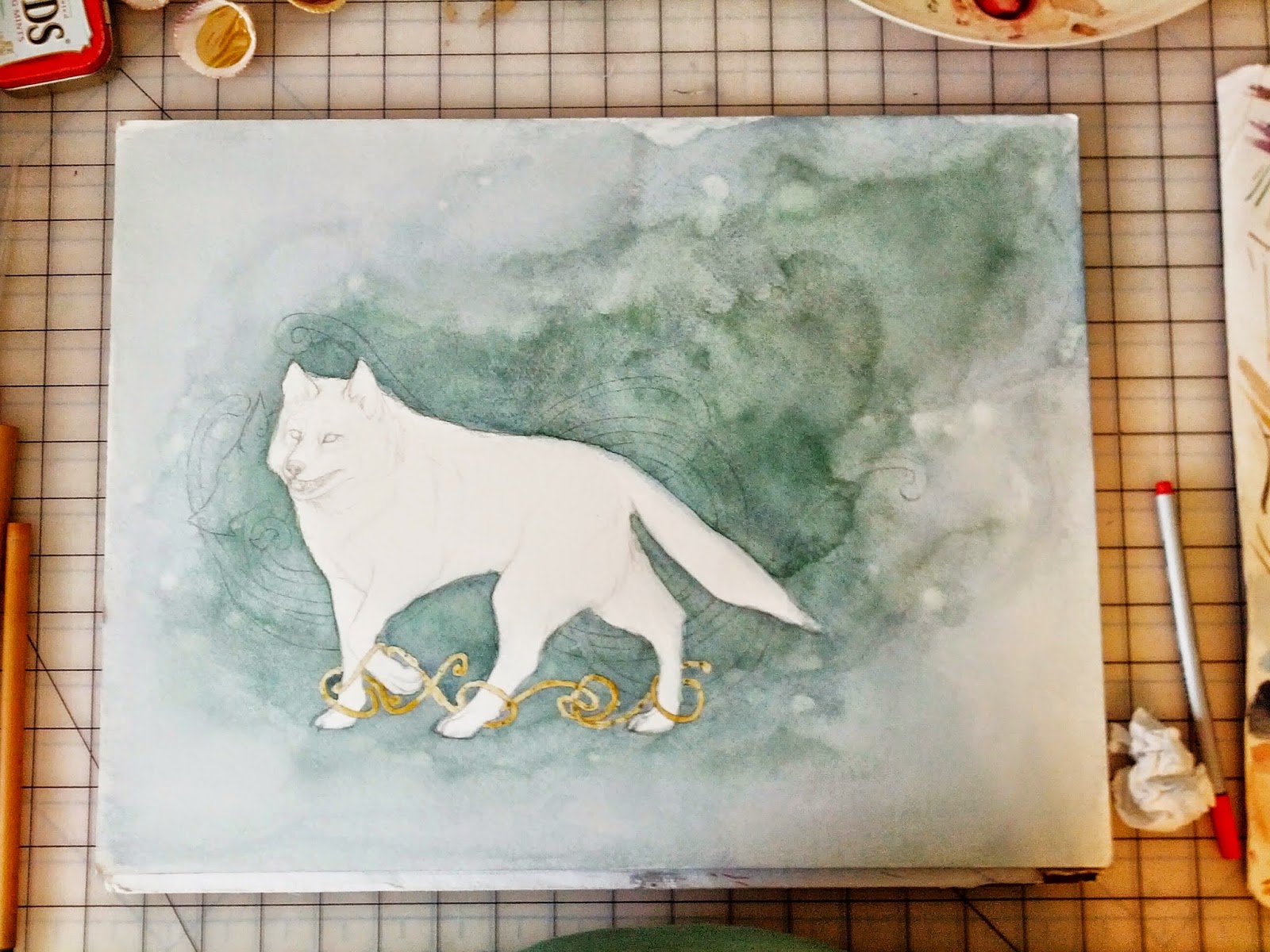 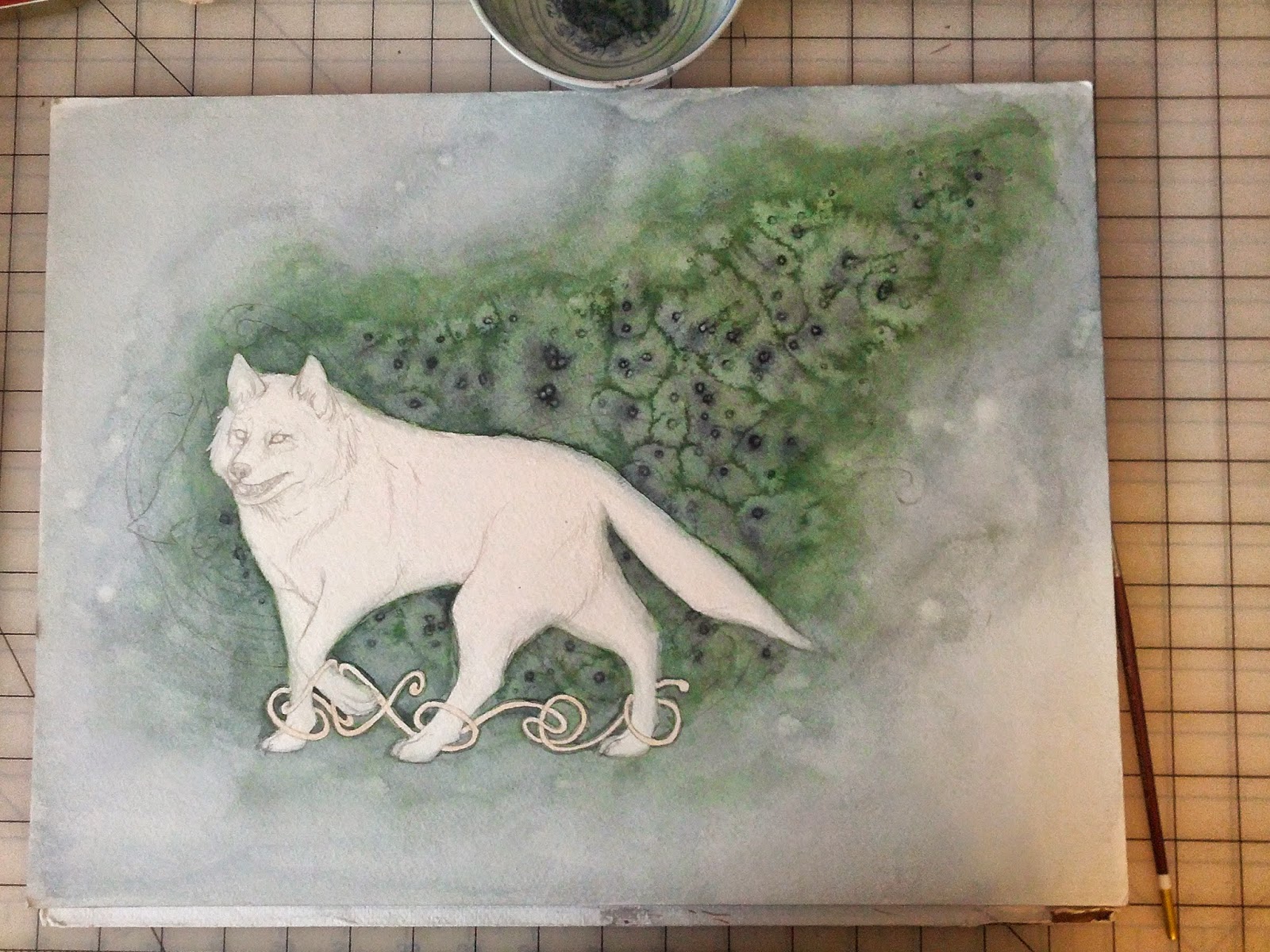 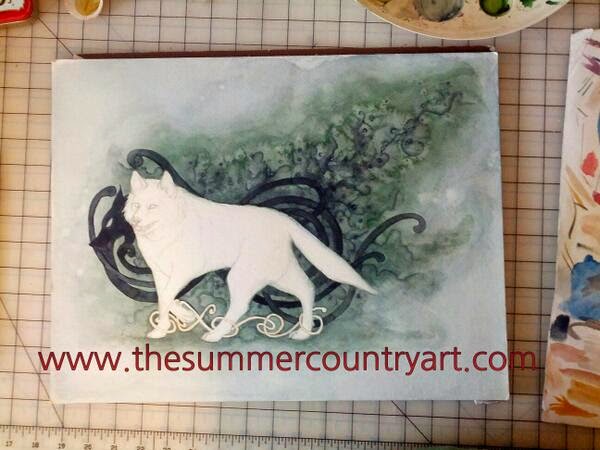 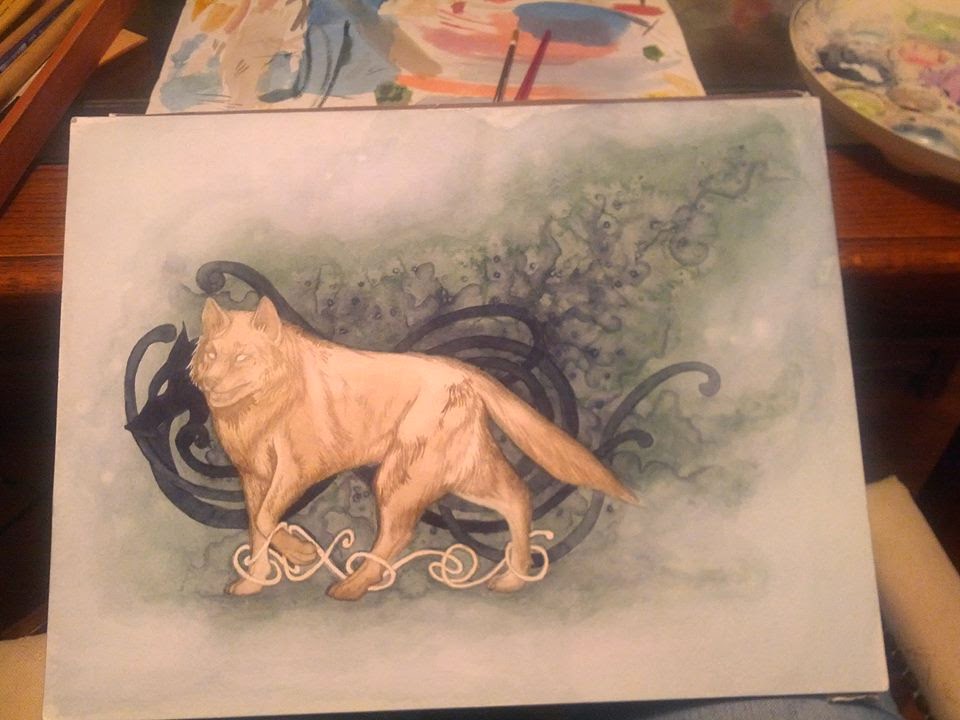 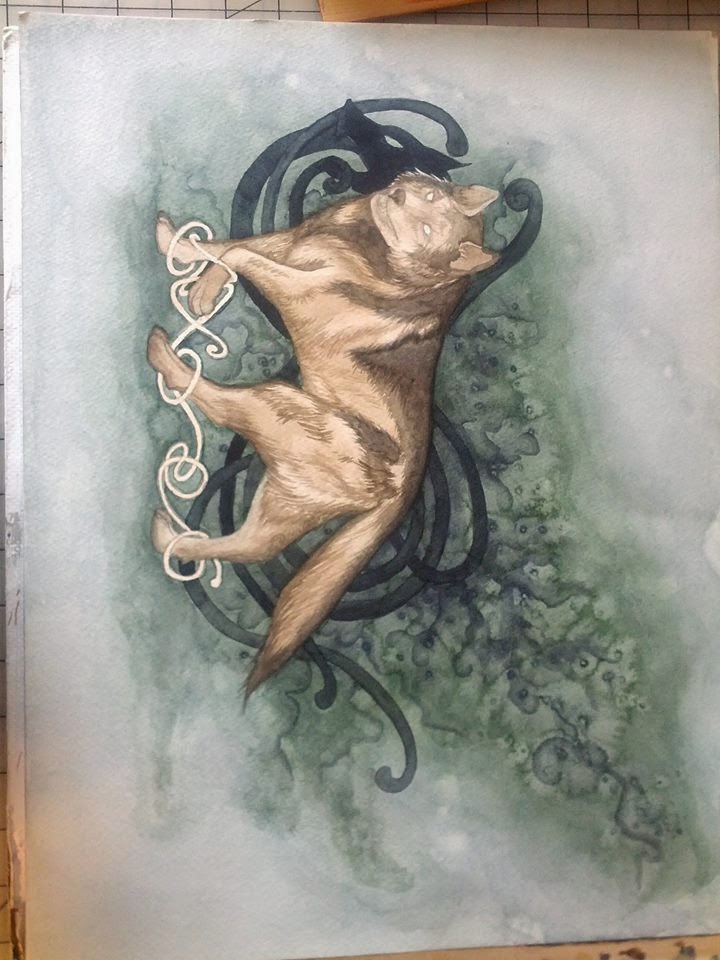 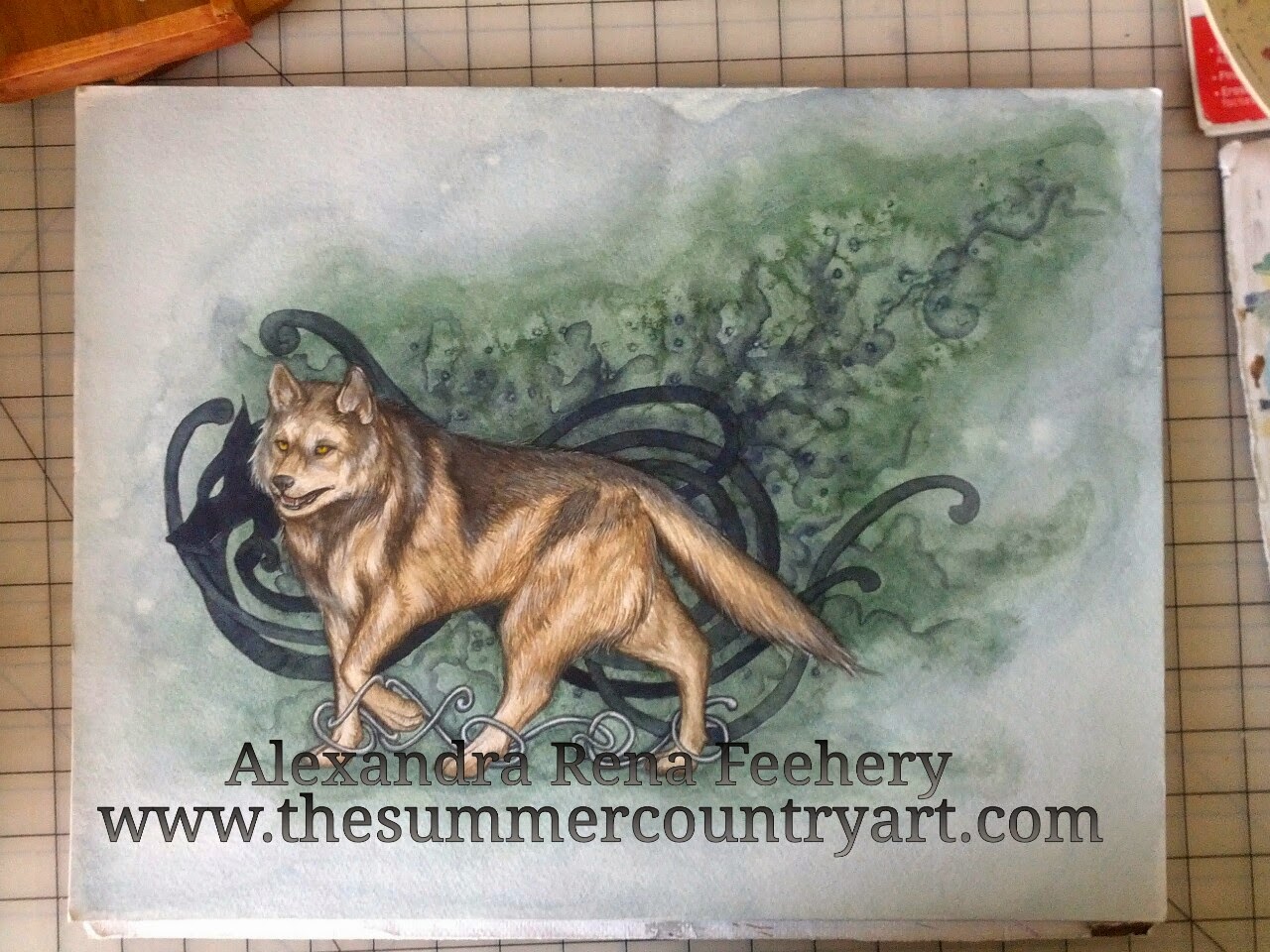 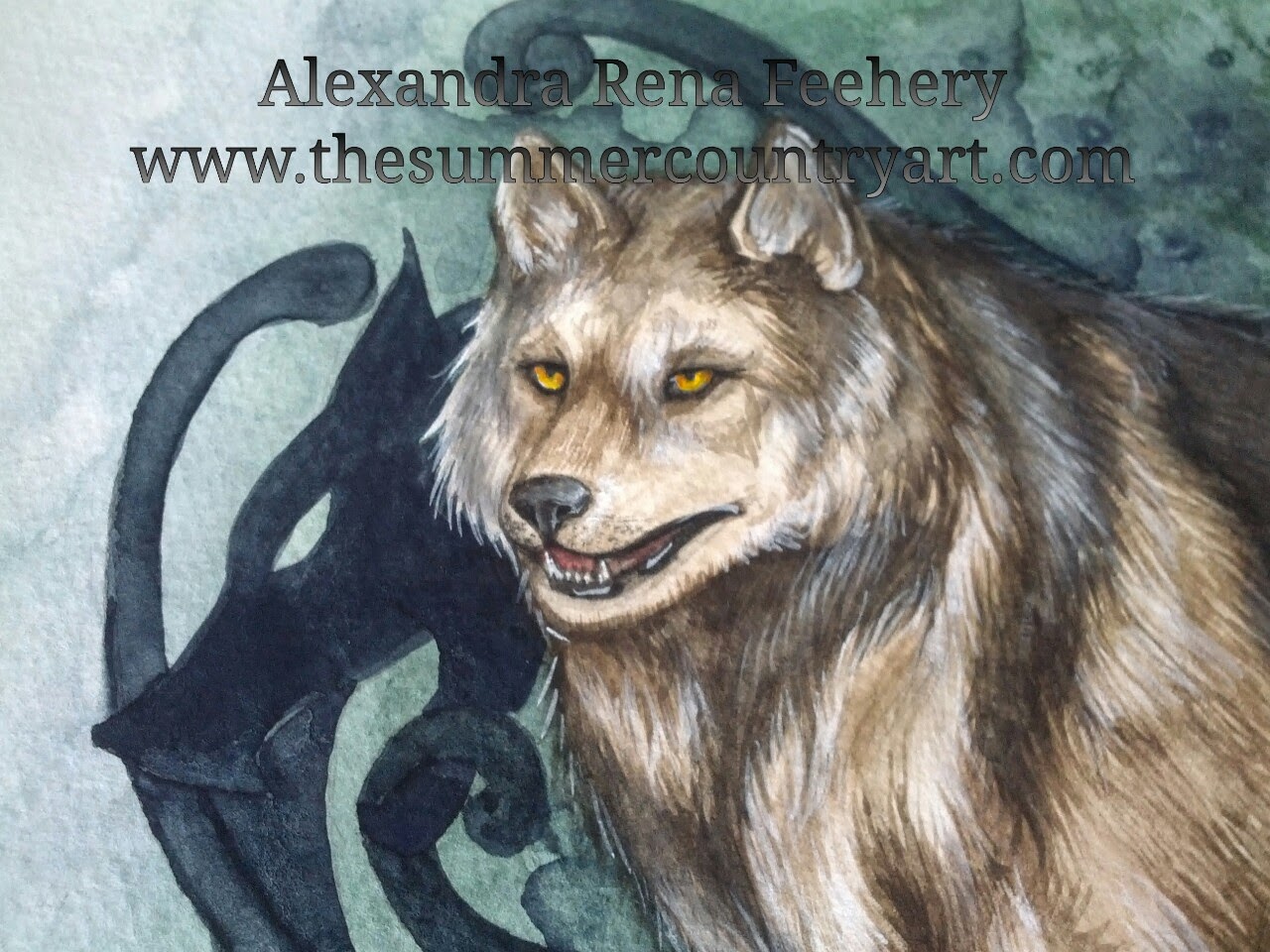 Posted by GuiseMaker at 1:14 PM